The nature of work is being transformed by technological advances and digitalisation in combination with other drivers, such as globalisation, climate change and profound demographic shifts – as some societies age, others are top heavy in young people.

Compared with the Industrial Revolution, the early 21st century economic transformation is happening 10 times faster, at a scale 300 times greater, translating to 3000 times the impact, estimate some experts. Meanwhile, chronic threats, such as potentially devastating environmental destruction, run parallel to acute ones such as the COVID-19 pandemic.

Workplaces and employment markets have been upended: with deep shifts in job content, working methods, workplace tools, and, subsequently, the terms and conditions of labour contracts. 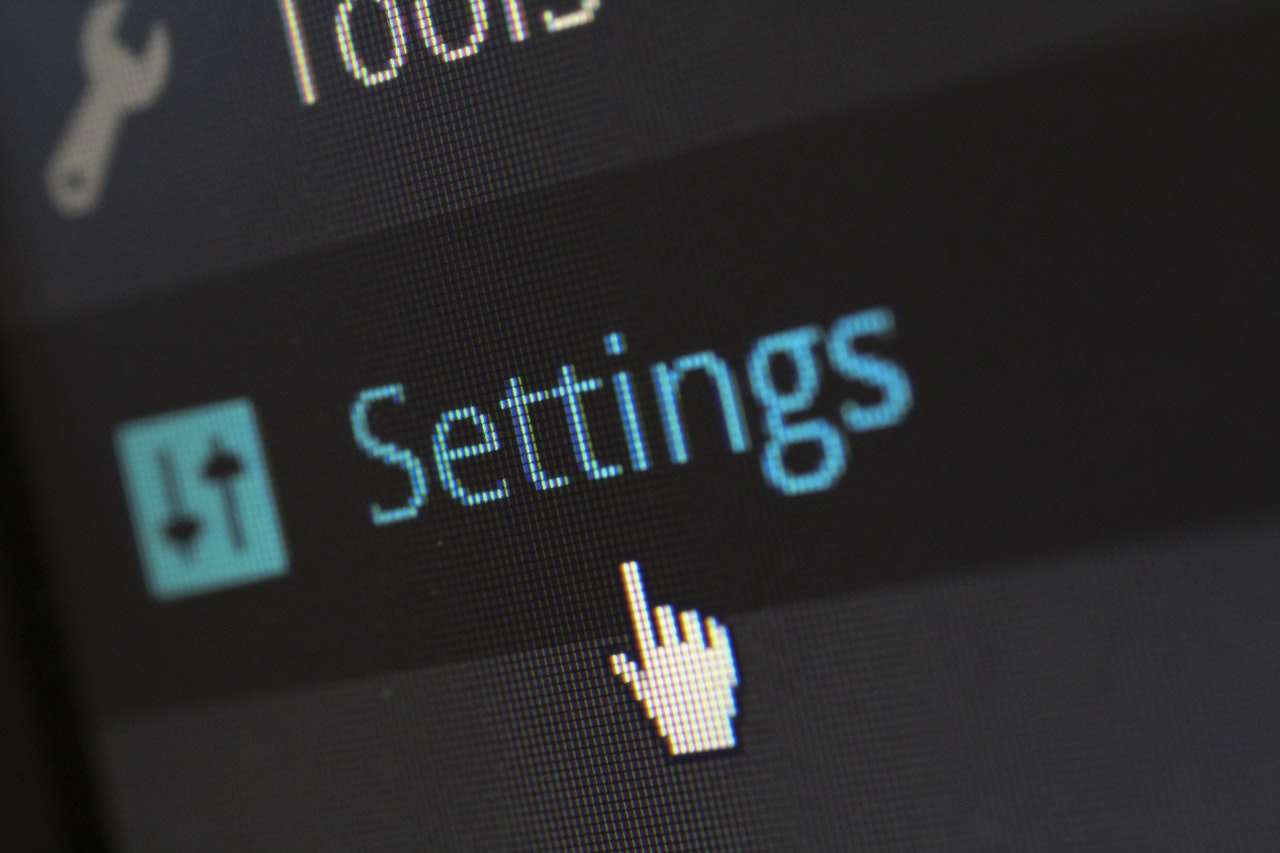 To better understand these phenomena and their effects on the demand for skills in transition and developing countries, the European Training Foundation (ETF) compiled several studies in a report called Changing Skills Demand in the Countries Neighbouring the European Union.

Launched this week, the compendium begins with an overview of global trends shaping labour markets and the demand for labour in the world.

We outline these trends below, and we draw on observations from experts around the globe.

Next week, we will follow-up with a second blog post on the report’s conclusions about how the labour markets are evolving in the countries neighbouring the European Union. After that we will examine some of the report’s case studies on changes in occupations, sectors and employment patterns and changes in demand for different skills and qualifications.

The ETF report identifies seven global trends shaping labour markets and the demand for labour in the world:

This phenomenon has been widely studied, but its true colours are blurred by what the report calls “contradictory” results based on “often vague or unspecified” timeframes and “the use of different methodologies.”

One thing seems clear: the nature of the task matters.

The mid-range effect remains consistent even after accounting for variations across sectors, occupations and regions.

According to Bill Jensen, author of the book The Day Tomorrow Said No: The Discovery that Forever Changed the Future and How We Work,

“So many costs of this new future - how to robot-proof and disrupt oneself at warp speed, societal conflict, economic class polarization, personal vulnerability and risks - are thrust upon each individual and ignored by most organizations. These ‘off our books’ costs are not discussed in boardrooms.”

"Automation is perhaps more properly seen as a means of augmenting the modern worker, rather than replacing them,” said Sagi Eliyahu, CEO of Tonkean, an AI-based supplier of business operations solutions. “The choice of how we use automation — whether we use it for good, and to create a better future of work for all of us, or purely for profit, and the benefit of a select few — remains ours."

This of course leads to the revision or redefinition of job descriptions. One example would be energy-saving technologies on construction sites; with digital technologies, workers increasingly complement or oversee machines. Bank tellers now need more sales skills and fewer clerical ones. With financial algorithms, brokers spend more time in front of screens and less with people.

An analysis of occupations in EU-28 member countries indicated a gradual decline in physical tasks (both strength and dexterity) and routine tasks (repetitiveness). Intellectual and social tasks seem to be on the upswing. As are autonomy and ICT prowess. Technology leads to high-paid jobs that require certain skills; it also engenders a further decline in wages for low-skilled workers.

Reskilling and upskilling can often help.

“While technology is eliminating the need for some jobs, it is also creating a whole slew of new technical and digital specialisms,” said Adrian Overall, CEO of CloudStratex, a technology company which advises blue chip companies. “Businesses therefore have a duty of responsibility to their employees to keep them upskilled or even reskilled where necessary. This does not mean paying lip service to digital training but prioritising it in a corporate strategy.”

This involves the decline of medium-skilled jobs vis-à-vis higher- and lower-skilled jobs (a.k.a. “hollowing-out”). Automation and offshoring are generally held responsible. Such jobs typically employ medium-skilled men without a tertiary degree, notably in manufacturing, but they also include women working as secretaries, cashiers, and bookkeepers and clerks.

If you count yourself among those middling folks, your prospects seem set to decline further. Roughly four in five new job openings will relate to high-skilled occupations, according to one study. Growth was predicted among managers, professionals and other professionals, together with sales, security, cleaning, catering and caring. As a result, medium-skilled workers are more likely to work in low-skilled occupations with less job stability and lower wages.

“The skills gap continues to widen across many industries,” said Dirck Schou, CEO and co-founder of Taqtile, a software company. “Nearly one quarter of industrial frontline workers are age 55 or older, and they are retiring at a rate that is faster than new workers are coming in to replace them.”

The Emergence of New Jobs

New jobs are mainly linked to activities enabled by emerging technologies. One common job search is for professionals who can handle large amounts of Internet data. They might be called big data specialists, database managers, data scientists or data analysts. New specialized sub-fields of computer science include cloud computing, robotics, and cognitive computing engineering. And then there’s the drone specialist. Some new positions combine different disciplines into a single job with multi-disciplinary tasks; some experts don’t count these as new jobs.

“New technologies have vastly reduced the transaction costs of production, communication and coordination on a global scale,” said Francesca Rosso, labour market specialist at the ETF. “Mobile Internet, connectivity, and cloud computing coupled with the data revolution…  all these developments generated a wide set of new jobs that are now available and can be performed everywhere. The new jobs are different from those of the past; they usually involve new tasks and new working arrangements.”

The Stratification or Segmentation of Knowledge Work

Some people call this “digital Taylorism.” The application of digital software to white-collar work can be compared to the mechanical Taylorism in factories a century ago. This often applies to jobs that do not depend on face-to-face interactions with customers. The segmentation of knowledge restricts permission to think to executive staff and other high-level people.

The result is the standardization of technical, managerial and professional jobs.

“The standardisation will bring segmentation with the danger of breaking the promises of education, jobs and income that had been long-standing bargain of human capital”, said Ummuhan Bardak, senior labour market and migration specialist at the ETF. “In the words of Phillip Brown, can learning be still equal earning in this new age?”

“In a knowledge-worker economy, does necessary work that does not require decision-making require a person to do it, and if not, what other options are available to get it done?” That is the question asked by Albert Rees, SVP head of business consulting, EPAM Systems, Inc., a company that specializes in product development, digital platform engineering, and digital and product design.

The Rise of Non-Standard Employment

This includes temporary, self-employment, part-time, and various other forms of work. Independent contractors are increasingly prevalent, but they are not all the same. With globalisation, diversified work arrangements have long been on the rise. Some are related to new business models in the digital economy.

“While the gig economy was already booming, the pandemic has caused gig work to balloon as corporations turn to gig workers as a cost-effective alternative to investing in full-time workers.” said Shaun Price, head of customer acquisition at MitoQ. “The rise of remote work has also made gig work more appealing to both employers and employees, as more businesses realize that freelancers can be a viable option for their business and more workers realize that they crave a work schedule outside of the standard 9-to-5.”

The Erosion of Standard Employment Benefits

Changes in employment patterns have proportionally reduced the share good permanent, full-time jobs. In parallel, most employment-related benefits are down. The growing number of independent contractors are in charge of their own working hours, social insurance and training.

"Non-standard employment is becoming more and more widespread,” said Mandy Watson, managing director of Ambitions Personnel, a recruitment firm. “It's fuelled by uncertainty in the economy, which is further compounded by the COVID pandemic. Some simply enter this type of work through choice, as it offers flexibility and an opportunity to work as and when the individual chooses without the ties of a standard employment contract. Others turn to this type of work in a time of desperate need, which raises moral questions surrounding the protection of these workers.”

No one size fits all. Trends might be universal, but their effects vary by jurisdiction based on sundry factors. These include the political, economic, legal and institutional systems. Other determinate elements include: political leadership, the business climate, labour relations, the capacity for innovation, technological advancement, human resources, the structure and age of the workforce, labour costs, and worker participation in strategic decisions.

New skills will be needed to address these trends. Education has improved dramatically most everywhere, but skill gaps remain. Employers often complain that they cannot find the right people. As countries transition towards the future, the question is what kind of future they want. This often lies between their vision, the level of socio-economic development and human capital.